The Dzongdrakha Monastery is Built above the cliff of Bondey town, no need physical strength is required in walking to Taktshang but people claimed it is the mini-Taktshang. We also consider it is still that one temple was built with no physical assistance to lift hoping the levitating monument doesn’t fly away.

According to Chhojugun Lhosar Ngagyen, in the 13th century, a Ngingmapa lama, Karzhi Rinchen Samten Pelzang dreamt of a khandrum, advising him to travel to a place called Zhungphug in Moen Yuel, where the treasures of Ugyen Rinpoche were concealed.

Drubthop Gyonpo Dorji then came towards Moen Yuel in 1428, in Earth Bird Year, in pursuit of the place called Zhungphug in Paro. It is claimed that when he arrived at a riverbank and appeared where to leave, a jackal came and offered him the way to Zhungphug. Thus, this place came to be known as “Wachu”, the place identified as “Woochu”.

The Drubthop along with the jackal, however, followed the right side of the river and entered near a cave where they found a dumb boy who miraculously spoke for the first time as soon as he saw the ‘Drubthop”. It was then when the Drubthop saw the extreme amusement of the family that he named it the “Ghadrak”. The mother as an acknowledgment to the Drubthop sponsored him with food and clothes during his meditation time.

The Drubthop later established a Dzongdrakha Monastery Built above the cliff of Bondey town, no need physical strength is required in walking to Taktshang but people claimed it is the mini-Taktshang and installed this treasure (the crystal stupa and the monument) as a sacred monument inside it and referred to it as Dzongdrakha Goemba.

Damchhoen Dorji Legpa was the divinity of the Lhakhang, who looked after the Lhakhang and the sacred monument inside it. We hold it that the monument used to shake in auspicious times, because of which the individuals referred to the crystal stupa Chorten Karmogyel. The Drubthop, who had devoted all his life to this Lhakhang, finally died there.

After the death of Drubthop Gyonpo Dorji, his reincarnations started the clan of Dzongdra Chhoeje and also established many Lhakhang and Monasteries in and around the place. It is too claimed that sometime later the Rinpung Neten (the head preacher of a Dratshang) Jangchung Zangpo, restored the Lhakhang and established a new chorten in the facade of the Lhakhang. 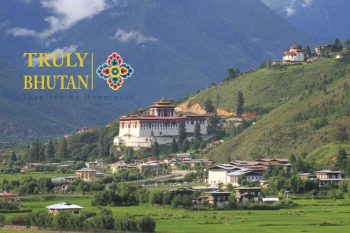 Meaning the “fortress on the heap of jewels” was built in 1644 at the command of Zhabdrung Ngawang Namgyal. The Dzong is one of the most impressive 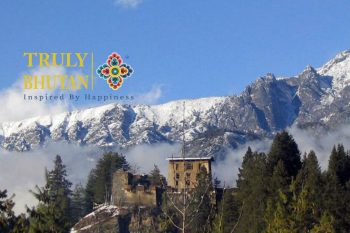 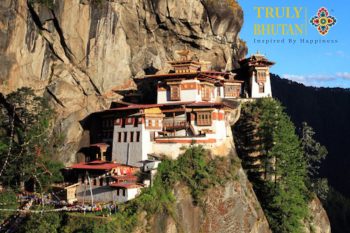 Arguably the most popular of Bhutan’s monasteries, the Taktshang Goemba (Tiger’s Nest Monastery) is perched on the side of a 3000 feet cliff in Paro 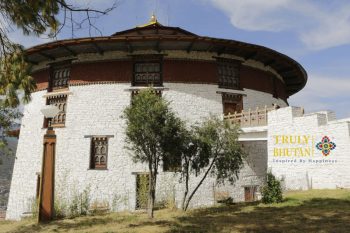 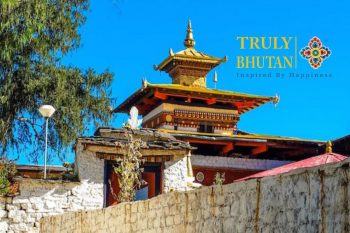 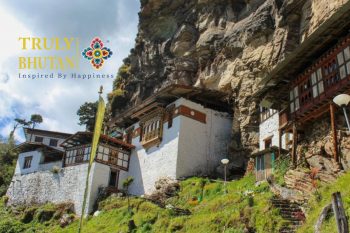 If you are as fit as the mountain goat, Kila Gompa awaits you. These magnificent clusters of temples built on the cliffs have been home to nuns 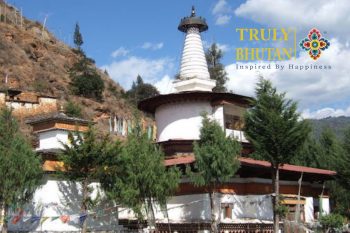 The unusual and circular Lhakhang, reminiscent of the Shanag, or the black hat worn by the Bhutanese Black Hat dancers was, built by the great 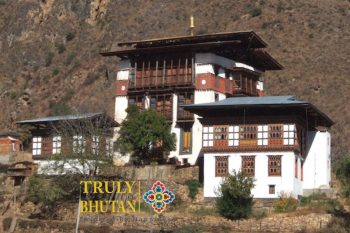