The Tsechu is a festival in honor of Padmasambhava-“one who was born from a lotus flower “, popularly known under the name of ” Guru Rimpoche ” the Precious Teacher. This Indian saint contributed enormously to the diffusion of Tantric Buddhism in the Himalayan region of Tibet, Nepal, Bhutan, etc. around 800 A.D. The biography of Guru Rimpoche is highlighted by 12 episodes on the model of the Buddha Shakyamuni’s life.

Thimphu festival is one of the most popular festivals in the country. During the mask dances known as cham are performed to bless onlookers, teach them the Buddhist dharma, protect them from misfortune, and exorcise all evil. It is believed that merit is gained by attending the Tshechu. The dances invoke the deities to wipe out misfortunes, increase luck and grant personal wishes.

A group of ladies performs traditional Bhutanese dances during the intervals between masked dances. Apart from its religious implications, the Tsechu is also an annual social gathering where people dress in their finest clothing and jewelry. Bring you closer contact with the people and give you an insight into the Bhutanese lives, beliefs, and more.

Know before you travel to Bhutan

Why Book With Us?

Arrive at Paro. You will be welcomed by your travel guide from Truly Bhutan (Bhutan tour operator) at the Paro Airport.

After the refreshment, visit the Ta Dzong rated as one of the finest natural Museums in South Asia, and is filled with antique Thangkas paintings, textiles, weapons, and Armor. The visit Rinpung Dzong (in the same location) was built in 1645 to defend the valley against Tibetan invaders. The Dzong is now used as an administration center and school for monks. Then walk down to Rimpung Dzong Bridge, one of the oldest bridges in Bhutan.

In the evening drive to Thimphu, the capital of Bhutan.

Dinner and overnight at a hotel in Thimphu.

In the morning visit:

Overnight at the hotel in Thimphu.

Venue- Tashichhodzong courtyard. This is the perfect occasion to witness the Bhutanese unique culture, religion, and history. Overnight halt in the hotel.

After breakfast, drive to the base camp of Tango Monastery and hike up to the Monastery with a picnic lunch. Tango is the center for higher studies for monks. The hike up will take approximately 45 minutes. The view from Tango Monastery is breathtaking. Drive back to Thimphu and evening free to relax/stroll around Thimphu town.

After breakfast, drive to Punakha through Dochula Pass (3,088m/10,130ft). If you have a clear sky, the view of the Himalayan Mountain ranges is spectacular and you can even see the Gasa Dzong as a white dot on the horizon. Visit the beautiful 108 chortens built on the hill by Her Majesty Ashi

Dorji Wangmo for the security and well-being of His Majesty the King of Bhutan.

Drive onto Punakha, the old capital of Bhutan and presently the winter residence of the central monk body. Visit the Punakha Dzong, located on the island of the Pho–Chu (male) river and the Mochu (female) river. Visit the Dho Jha Gha Lam Temple.

Evening, walk through the Metshina Village and take a 20-minute walk through the rice fields to the Divine Madman’s Monastery-Chhimi Lhakhang, famously known for its fertility shrine, where one can receive a special fertility blessing.

Overnight at a hotel in Wangdue.

After breakfast, walk to Khamsum Yulley Namgyal Chorten (50 Mins) temple built by the Queen Of Bhutan for peace and stability in this ever-changing world.

Drive back to Thimphu, visiting Simtokha Dzong en route. This dzong, built in 1627, is the oldest in Bhutan. It now houses the Institute for Language and Culture Studies

In the evening, drive to see the Takin Zoo, which houses the national animal the Takin which is only found in Bhutan. Drive further unto Sangaygang to get a bird’s eye view of the Thimphu valley in the evening.

Dinner and overnight at a hotel in Thimphu.

After breakfast, drive to Paro. Visit Kichu temple, one of the 108 temples built in the 7th century by the Tibetan King Songtsen Gampo. The story goes that a giant demon lay across the whole area of Tibet and the Himalayas and was preventing the spread of Buddhism.

To overcome her, King Songtsen Gampo decided to build 108 temples, which would be placed on all the points of her body. Of these 108 temples, 12 were built following precise plans. Thus, it happened that in about the year AD 638 the temple of Jokhang in Lhasa was built over the very heart of the demoness.

After lunch, drives up the valley to view the ruins of Drukgyel Dzong, 18 km. from Paro town on the north side of the valley. It was from here that the Bhutanese repelled several invading Tibetan armies during the 17th century. Evening at leisure to visit local shops.

Overnight at the hotel in Paro.

After breakfast, drive up to the base camp of Taktsang and then hike up to the most famous Monastery in the entire kingdom of Bhutan perched on the edge of a cliff, about 900 meters above Paro Valley. The hike to the viewpoint will take about an hour and it will take 2 hours to the monastery. Lunch at the viewpoint.

After breakfast, your tour guide from Truly Bhutan will see you off at the Paro International Airport for your onward journey.

Is it possible to use credit cards in Bhutan?

You can withdraw Ngultrums from local banks using your MasterCard or Visa card. Some handicraft stores accept these international credit cards as well. You cannot, however, pay the USD 40 Visa fee at the Immigration Counter when entering Bhutan. You must have at least USD 40 on you when entering Bhutan!

Do ATMs exist in Bhutan?

Most towns in Bhutan have ATMs where you can use your credit card.

What is Bhutan's time zone?

Is it safe to visit Bhutan?

Given the country’s low crime rate, traveling in Bhutan is extremely safe.

How do I make payment for my tour?

You can pay using a credit card or a wire transfer. If you pay by credit card, the banks will charge a 4% processing fee.

Package does not include insurance of any kinds, and that you are required to obtain separate coverage from your home country before your trip begins.

Bhutan is one of the most unusual and beautiful countries in the world. You’ll find a land that is blessed with abundance, a deep connection to the past, and a unique culture. Truly Bhutan’s Host is second to none. Handpicked, highly experienced, and scrupulously trained, they bring a wealth of skill and knowledge to each trip. They are fun and friendly, whose aim is to ensure that each trip remains an unforgettable experience. Creating colorful, discovery-oriented tours in a combination of safety and comfort is the mission of our guides. All Host have earned the tour guide’s certificate from the Tourism Council of Bhutan. 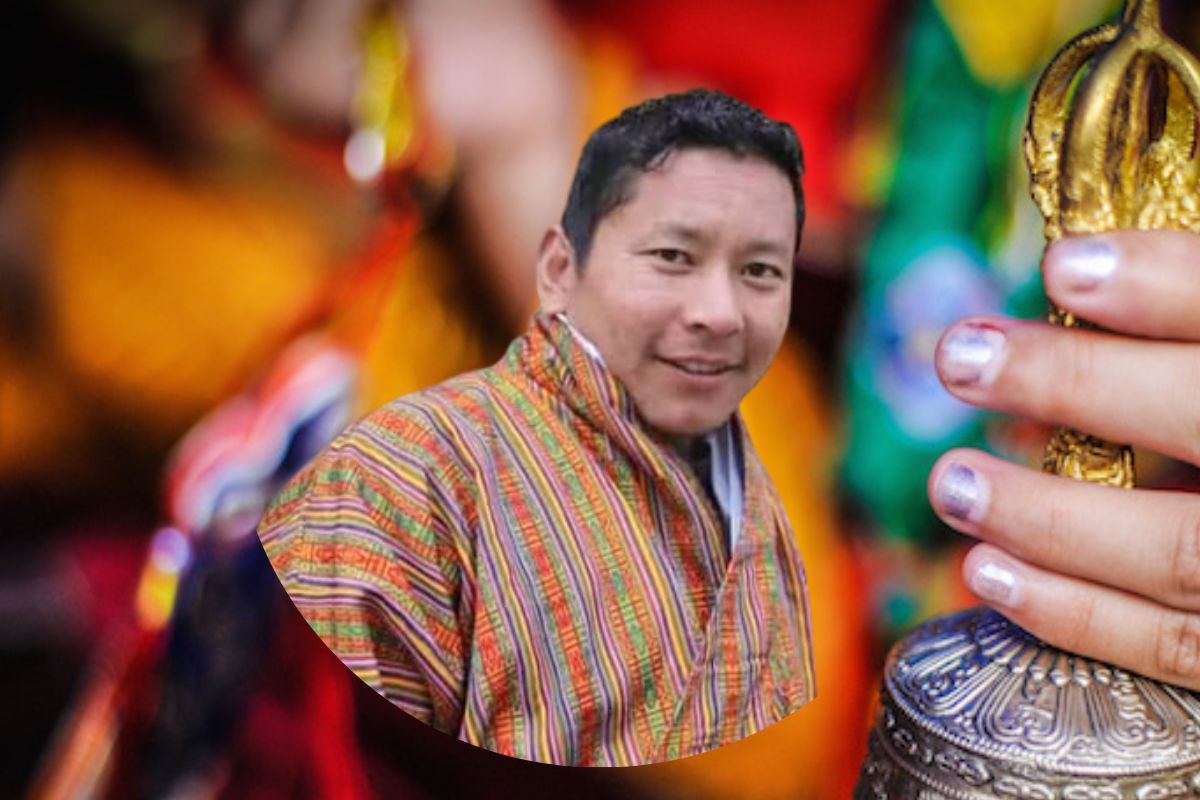 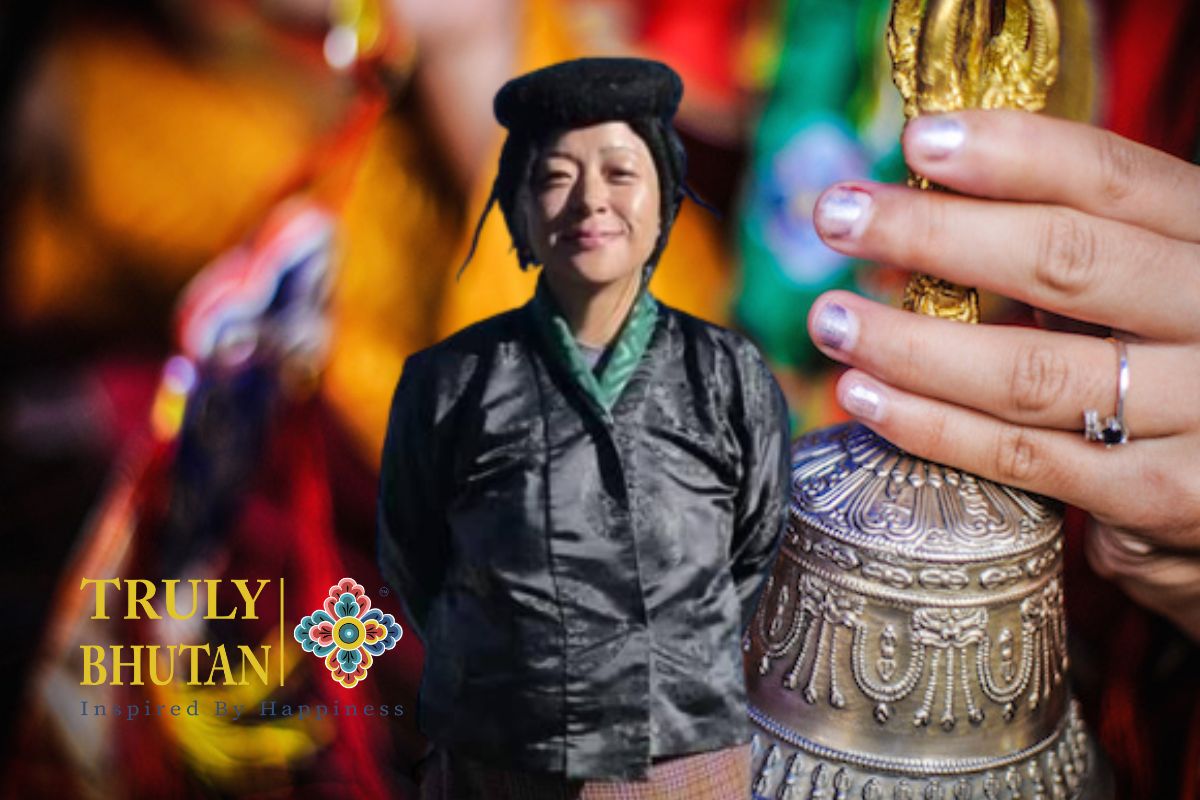 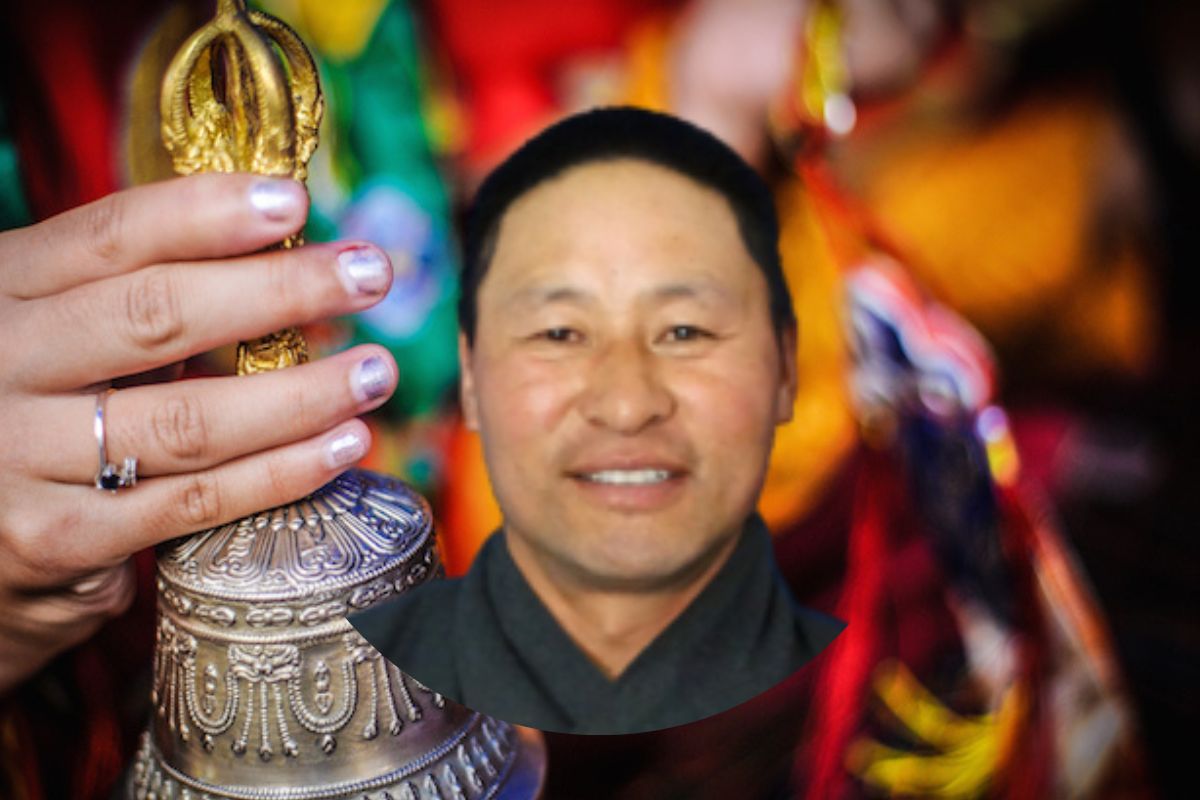 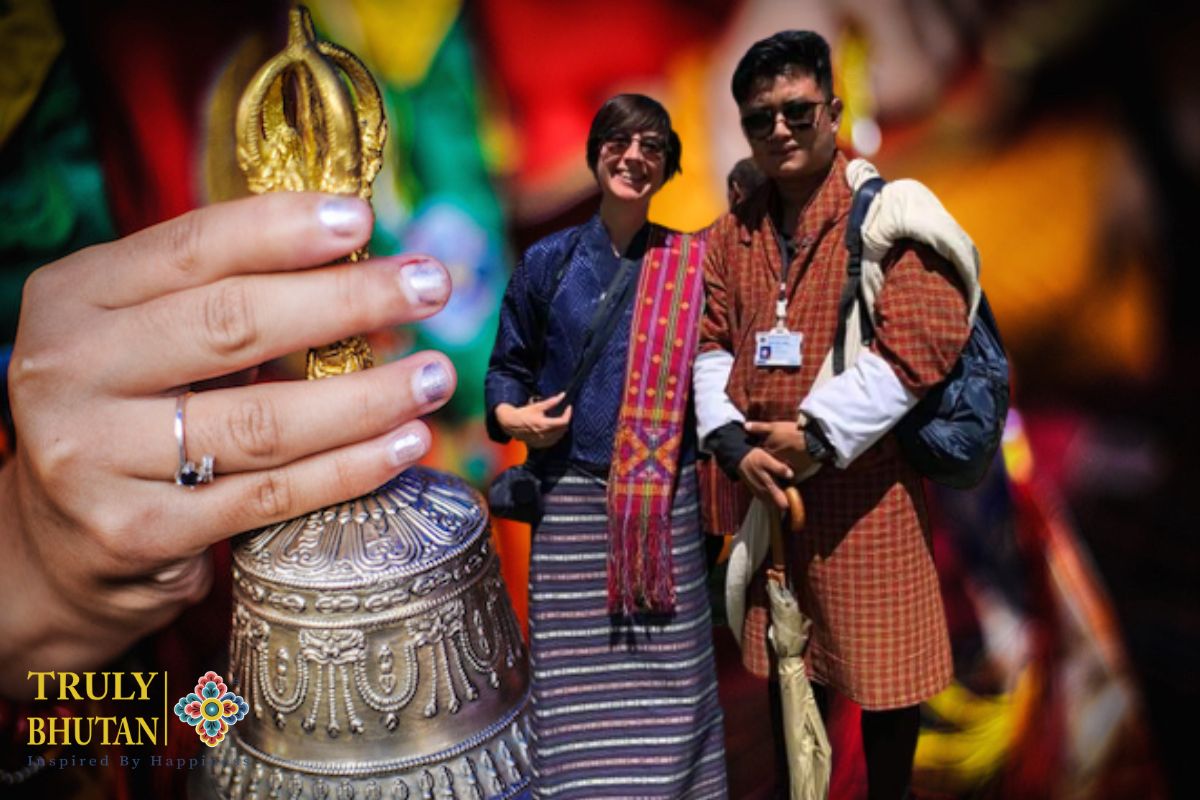 Other Popular Festivals in Bhutan 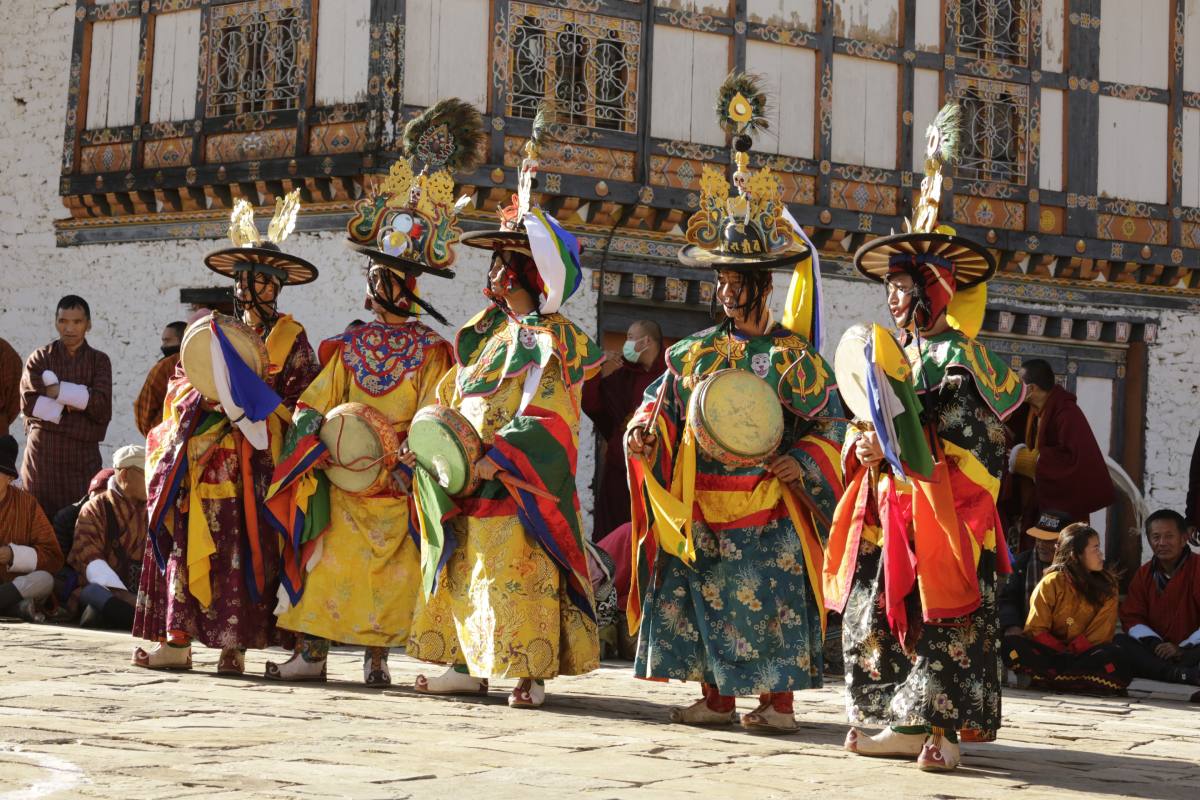 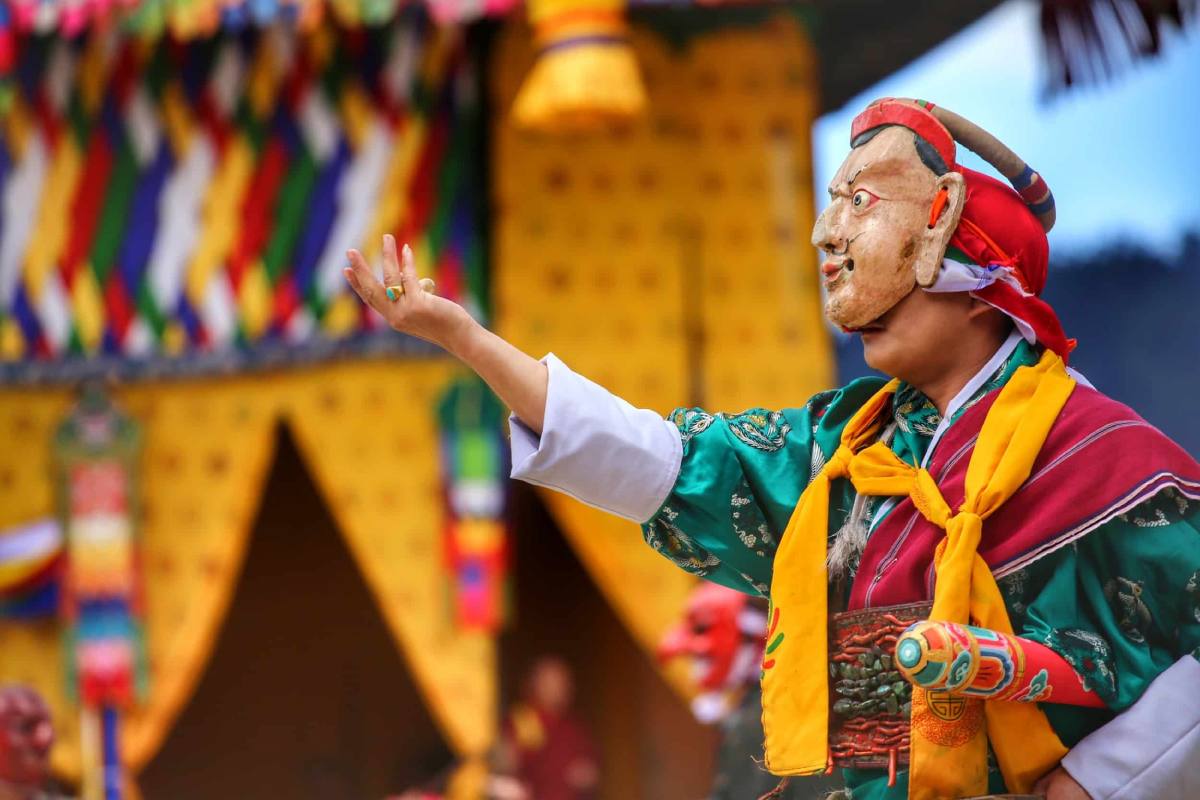 A Tsechu is a Buddhist festival in honor of Guru Rimpoche, the saint who brought Buddhism to Bhutan. 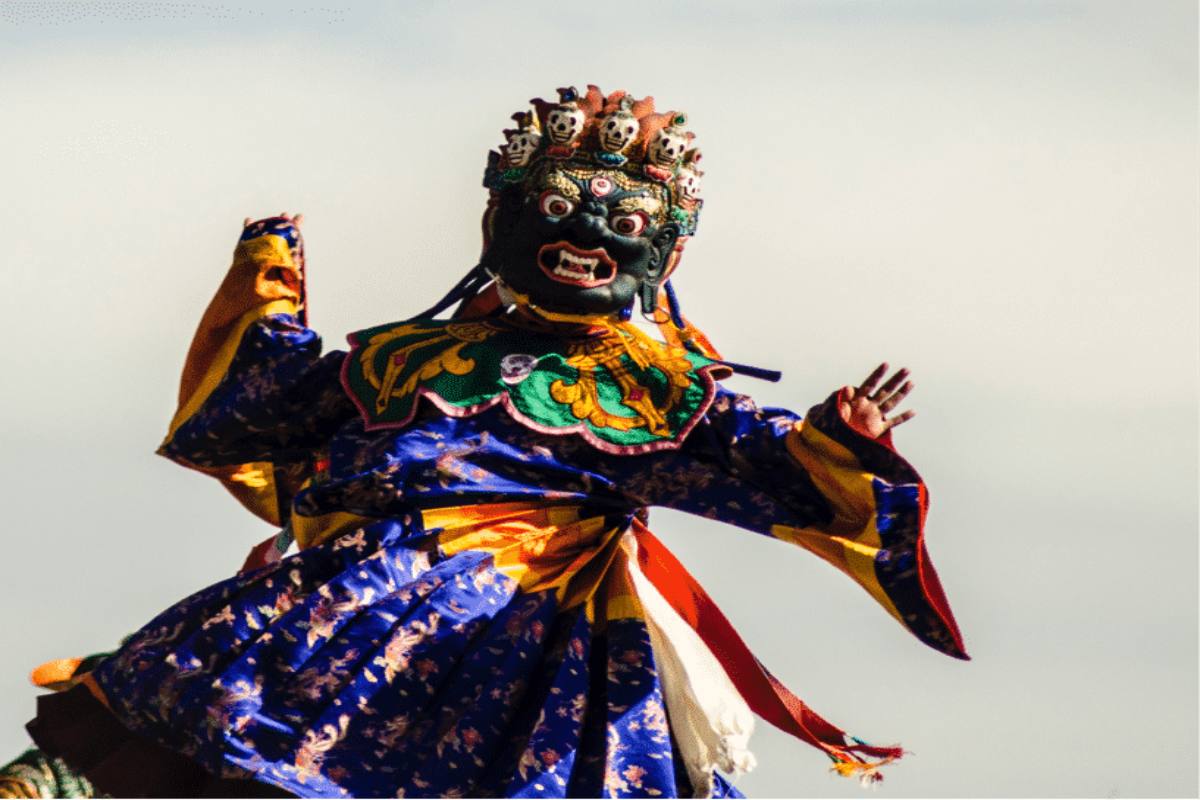 Experience the spectacular Punakha Tsechu (Festival), held on the grounds of the magnificent Punakha Dzong. 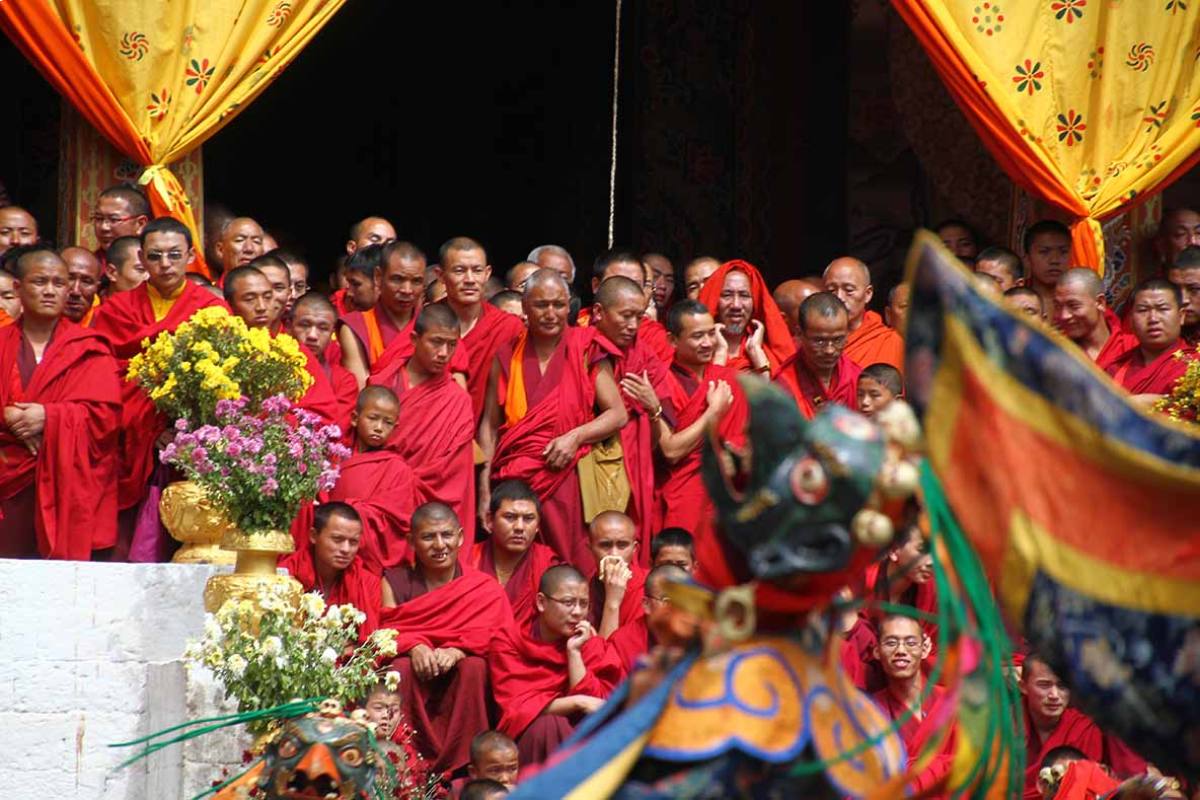 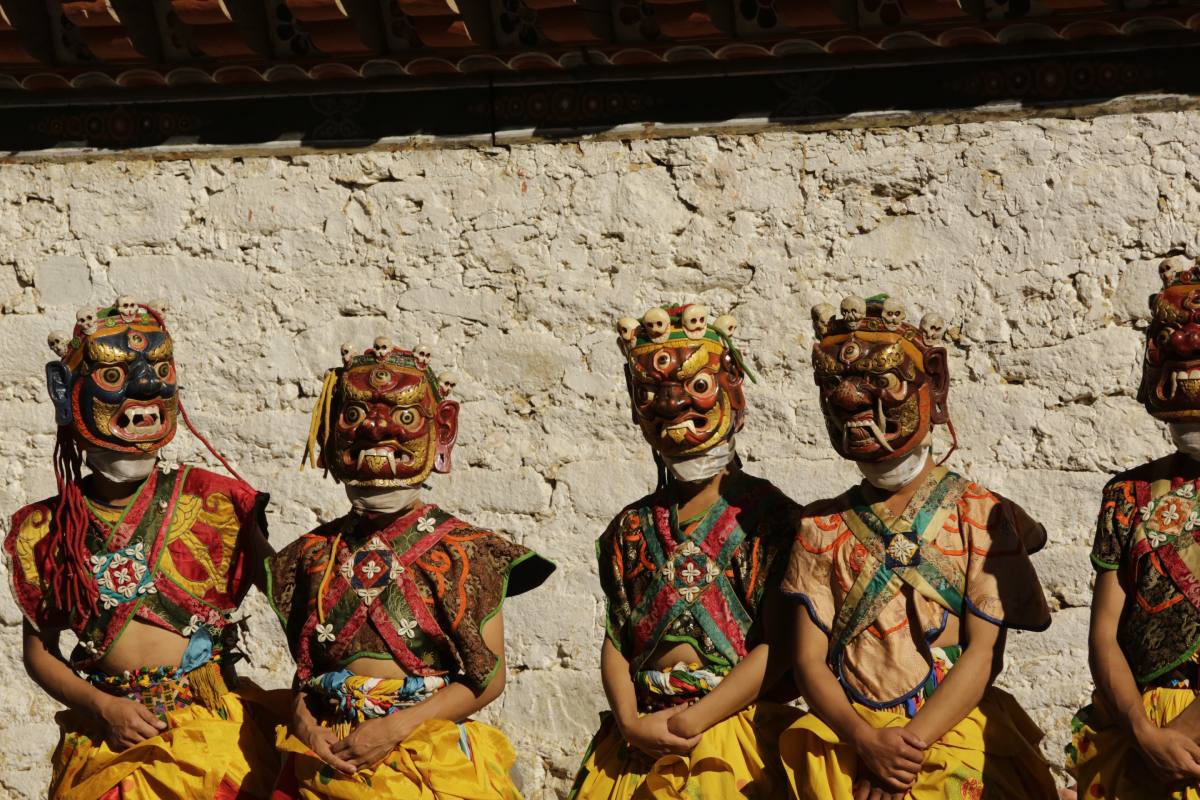 The highlight of the festival is the fire blessing (Mewang) ceremony, performed on open ground. 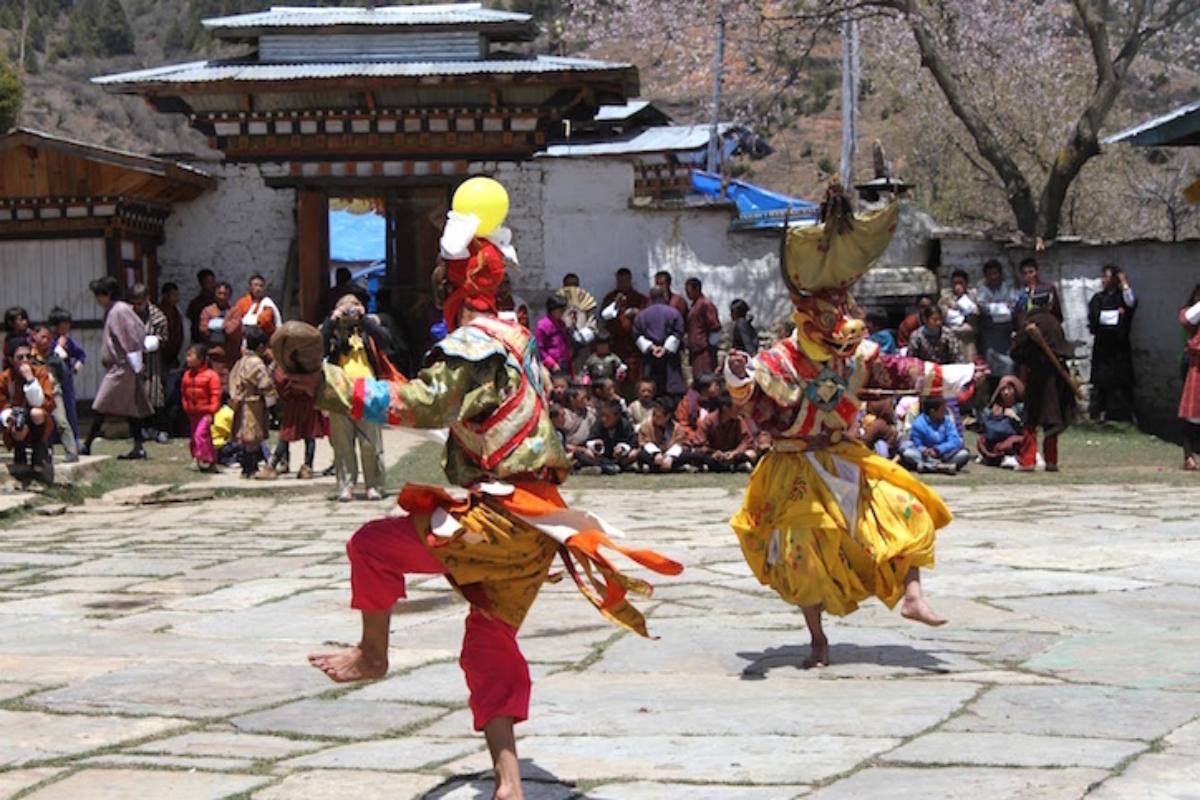 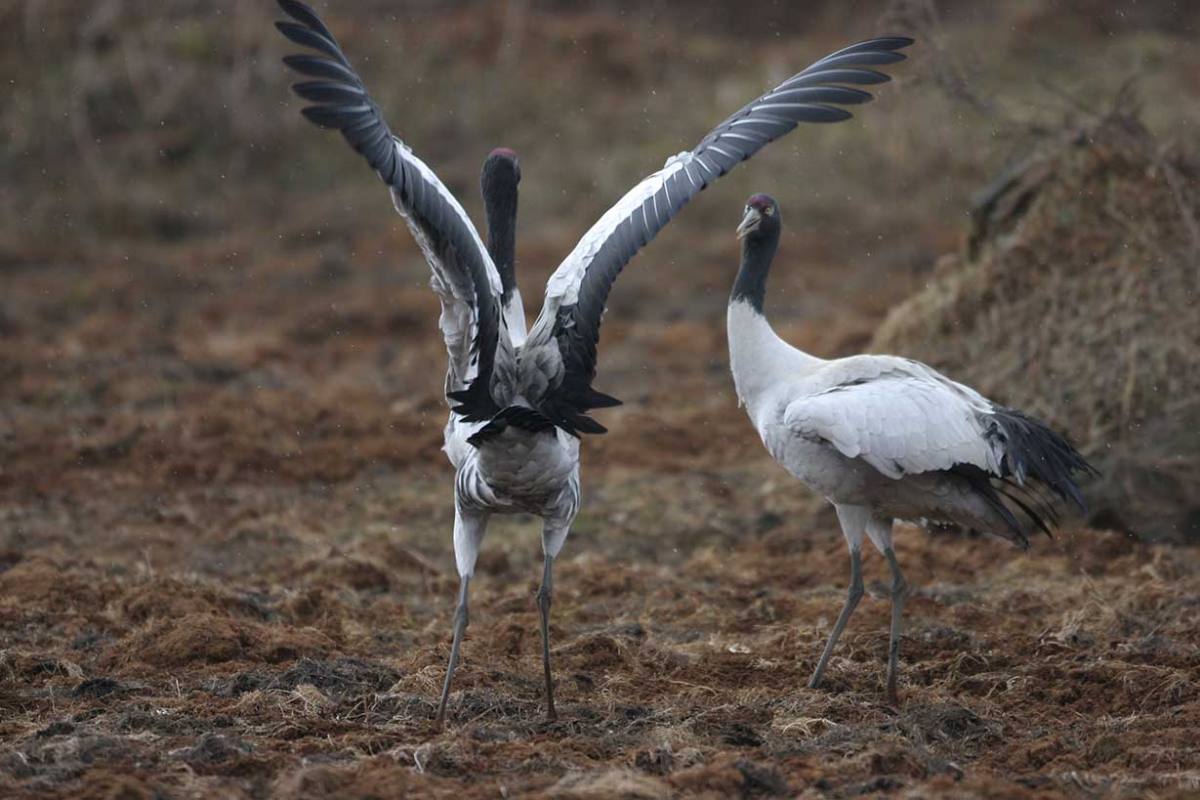 Black Necked Crane Festival is one of the most popular festivals held in Chhoekhor Gewog in Bumthang. 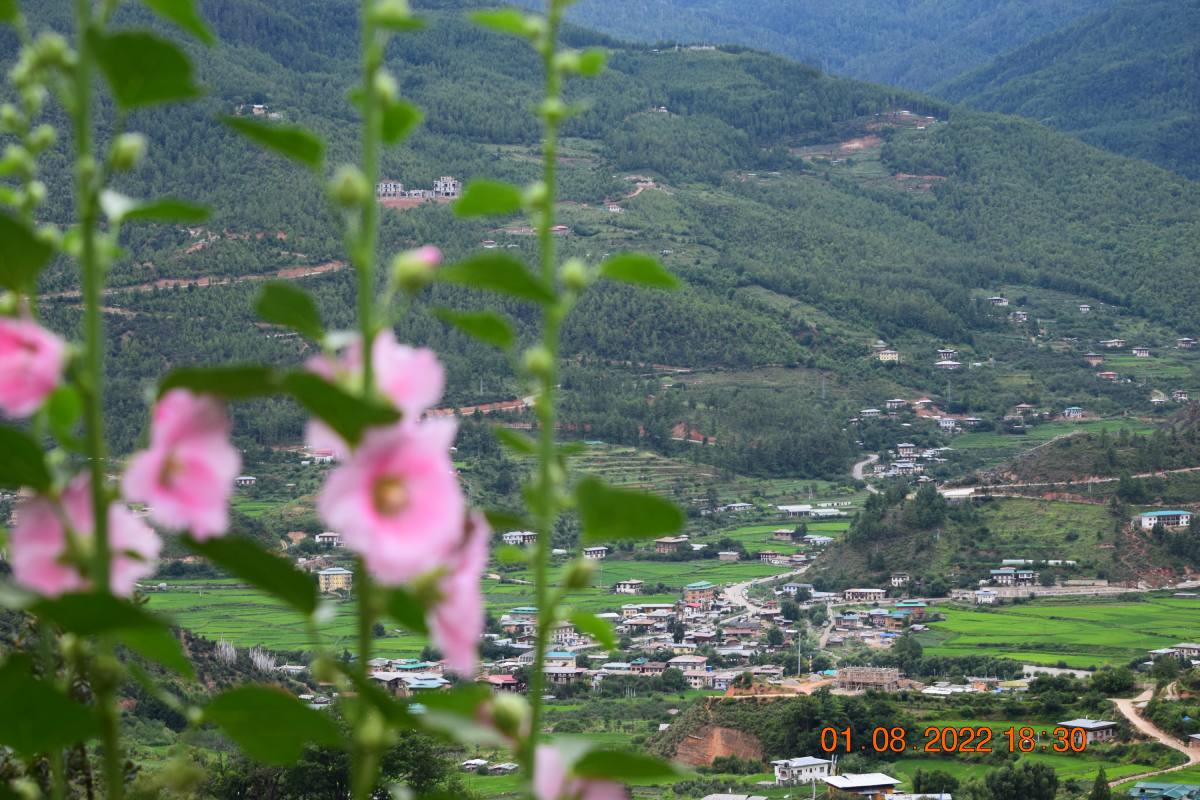 The two days Rhododendron festival is celebrated at Lamperi Botanical Garden, which is about one and half hours 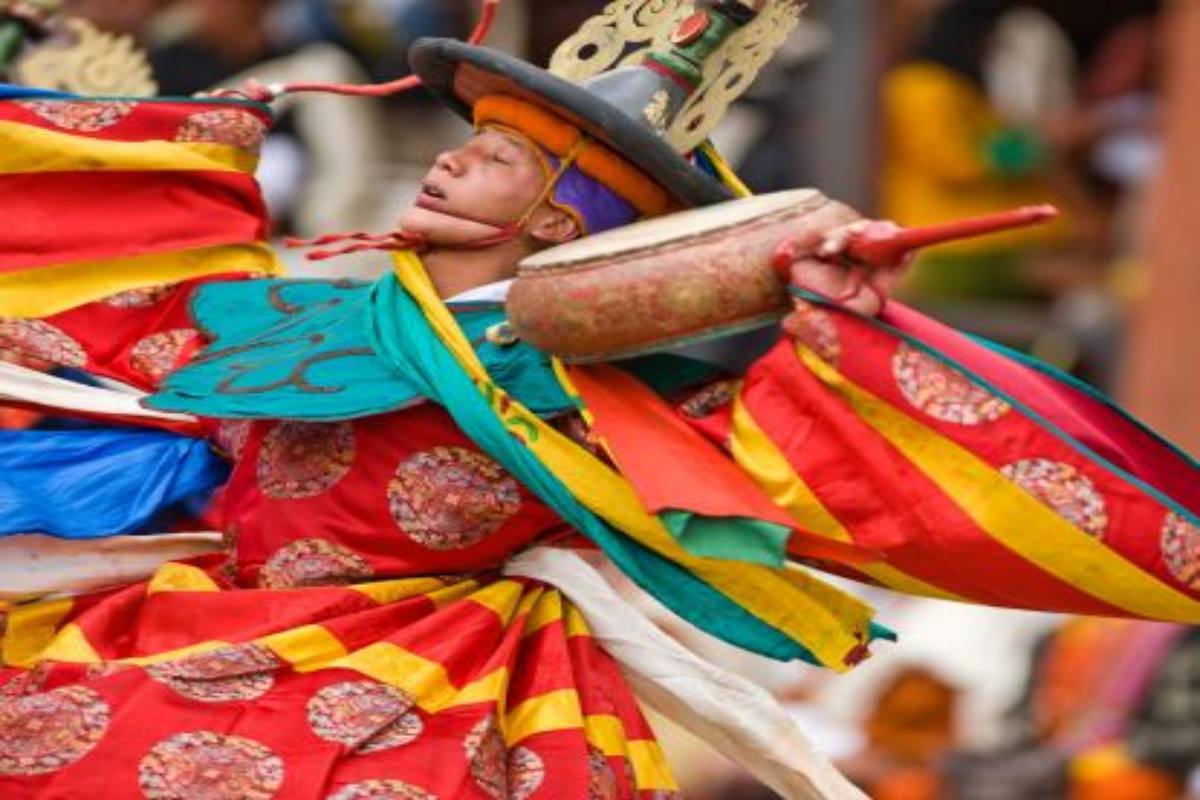 Each village and community has a rich tradition of dance that marks the passing seasons, communal occasions 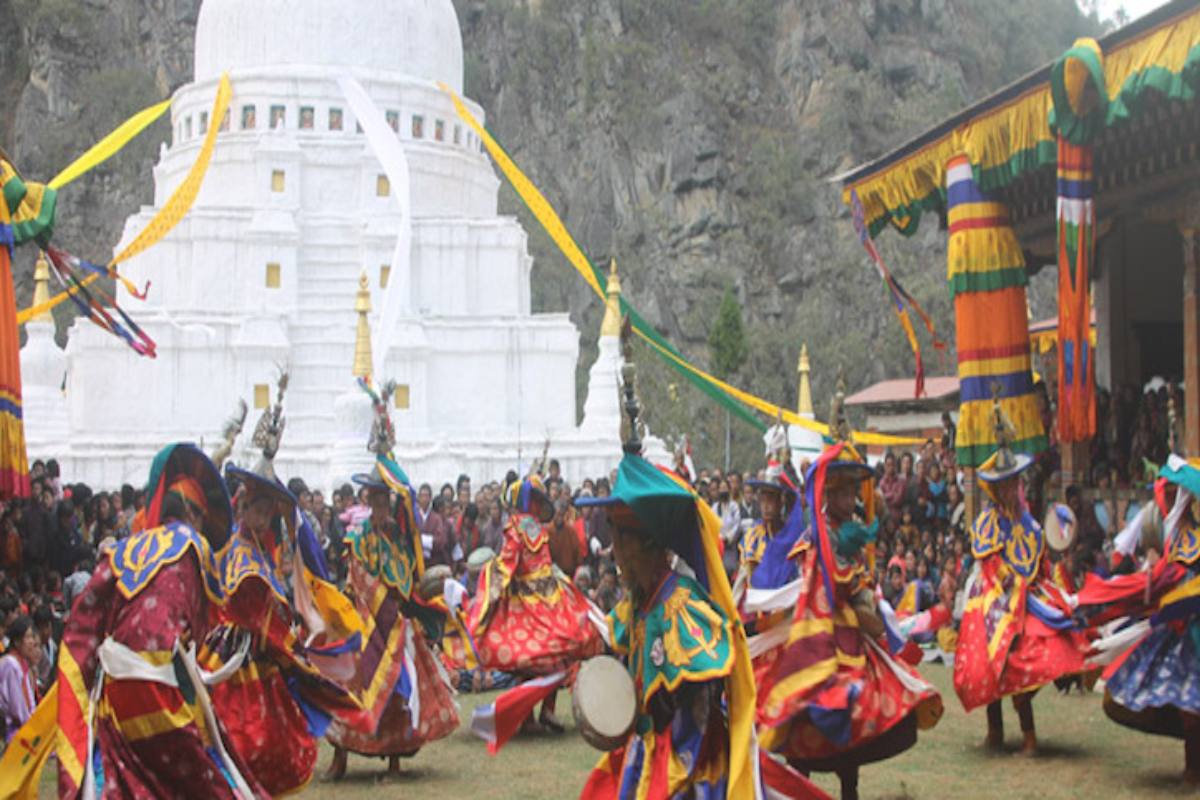 The Chorten (Stupa) was built by Lama Ngawang Loday in 1740 to subdue a demon that lived where the Chorten now stands. 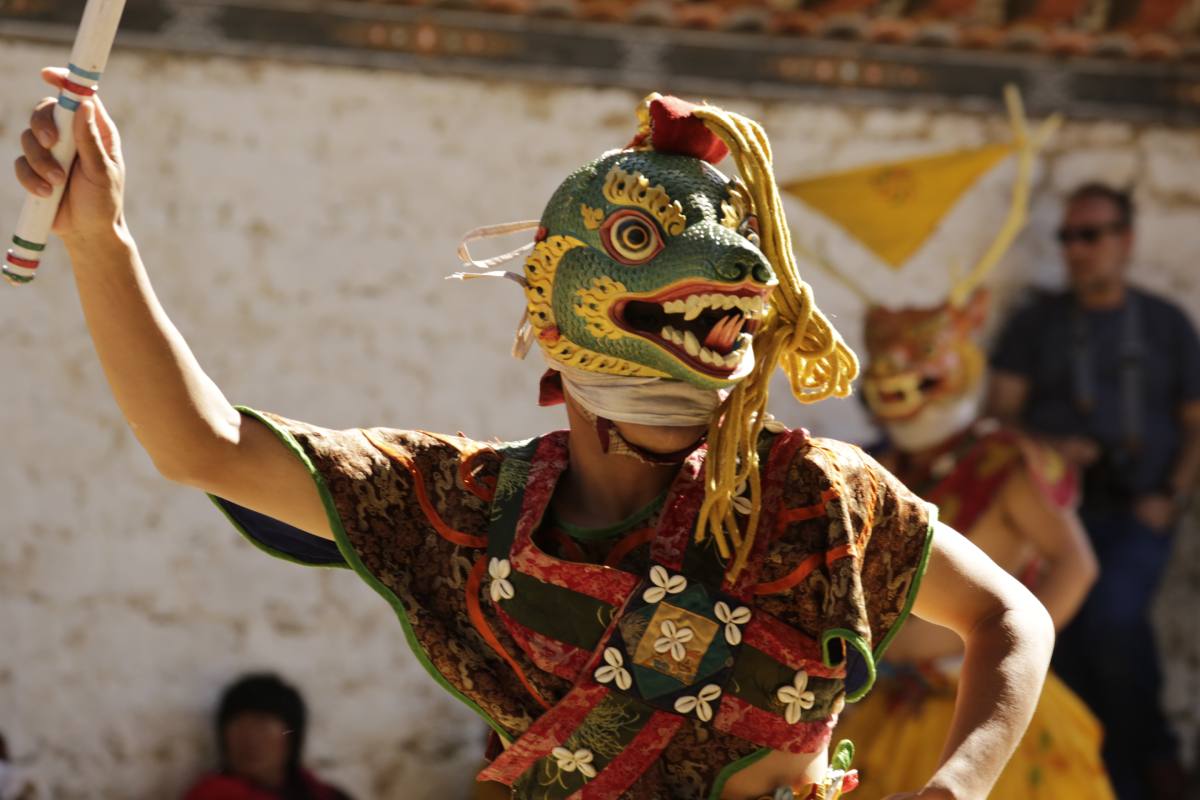 A regional hospital is under construction and the region is bustling with many economic activities. 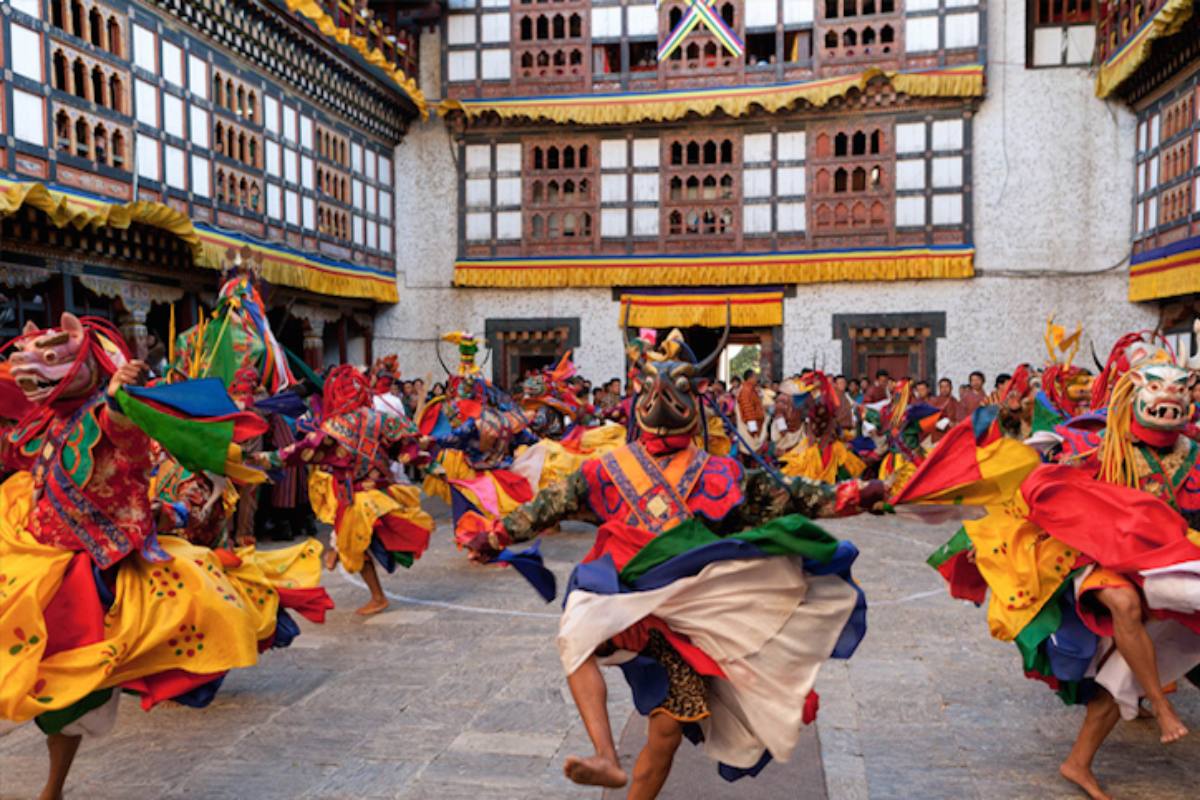 It has a significant place in Bhutanese culture and psyche as it is celebrated with a dual purpose and agenda.

Learn More Book Now
We use cookies on our website to give you the most relevant experience by remembering your preferences and repeat visits. By clicking “Accept”, you consent to the use of ALL the cookies.
Do not sell my personal information.
Cookie SettingsAccept
Manage consent