Chökyi Gyatso Institute in Samdrup Jongkhar, Dewathang, Bhutan is unique. It was found as a small temple established by Dzongsar Khyentse Rinpoche’s maternal ancestor, the late Lama Sonam Zangpo. After a 10-year restoration, the monastery entered the ultimate stage of restoration in 2015. While adhering to an aged-tested traditional program, the monastery is a testing ground for some of Dzongsar Khyentse Rinpoche’s most forward-considered innovations in monastic education.

Chökyi Gyatso Institute is a shedra (monastic college), offering a comprehensive study in Buddhist doctrine to over 140 monks. It is also an active monastery with a lively schedule upholding the practice lineage of Jamyang Khyentse Wangpo, consisting of annual drubchos and drubchens, based on Khandro Sangdu, Pema Tseyi Nyingtik, Vima Ladrub, Minling Dorsem, and Phagma Nyingtik, and many diverse practices.

But what represents the shedra outstanding is its pledge to the ecosystem and the neighborhood through its collaboration with Lhomon Education and the Samdrup Jongkhar Initiative. The monastery is one of the initial to assert a Zero Waste policy, advocating the community to reevaluate the habit of offering packaged biscuits and snacks, instead offering an absolute significance on traditional weavings, home-churned butter, locally produced organic vegetables. The monks have accomplished and instituted several sustainable practices since the institute of Samdrup Jongkhar Initiative in 2012.

Rinpoche’s insight is to have a society of socially involved, educated monks who are educated and engaged in the world around them.  Young monks at the shedra are taking part in a pilot project to promote alternative, comprehensive curricula, integrating art and the environment into the classroom.

Rinpoche named Drubgyud Tenzin Rinpoche, the incarnation of Lama Sonam Zangpo, as the chief of the monastery in 2015. At Rinpoche’s appeal, Drubgyud Tenzin Rinpoche developed a groundbreaking new syllabus for novitiate monks, introducing them to the core conceptions of the Dharma through interactive play, music, and arts. For two hours each day, Lhomon Education also offers a secular education with math, science, English, and social studies classes. Besides these education programs, KF supports the essential needs of all the monks.

Khyentse Foundation depends almost entirely on the generosity of friends and students of Dzongsar Khyentse Rinpoche, who wish to see his vast aspirations fulfilled.

There are three ways to give:

Since the inception of KF’s monthly donation program, a collective of donors, the Patrons of Manjushri, has pledged to match all scheduled recurring contributions, dollar for dollar. When you become a recurring donor, whether it be monthly or annually, your contributions are automatically doubled. KF relies on this steady source of income to meet its commitments to beneficiaries around the world. We encourage anyone who wishes to make a contribution to sign up for recurring donations.

When you make a contribution, consider dedicating the merit, primarily to the flourishing of the Buddha dharma throughout the world, and also to whatever you wish for personally, such as the health of a loved one or a cause that you care about. Simply write your dedication in the comments section of the form.

Khyentse Foundation is a 501(c) 3 nonprofit organization registered in the USA.

All donations are tax-deductible to the fullest extent of the law in the US. Tax deductibility in other countries is dependent on the local rules and regulations governing charitable contributions.

Please call directly at 415-788-8048 or write to [email protected] to discuss any aspect of your contribution or estate planning. KF Team can happily get to work with you personally, no matter the size of your intended donation. 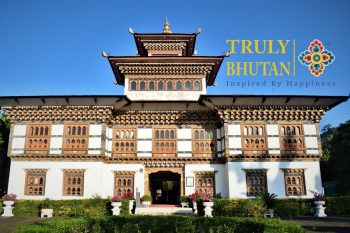 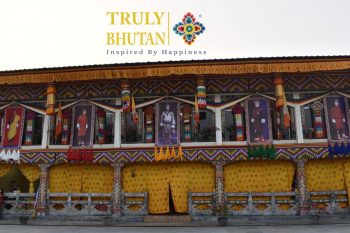 The three-storied Zangdo Pelri is located in the heart of the town. Zangdo Pelri means celestial abode of Guru Rinpoche 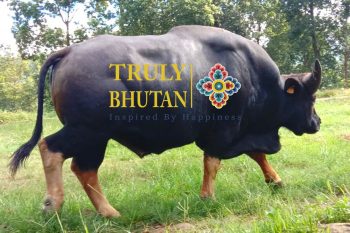 The Regional Mithun Breeding Farm, Arong, is situated on the pleasant hill at an elevation of 1400. It is 31 km from Samdrup Jongkhar 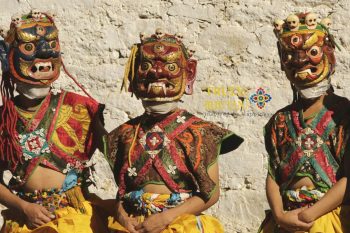 Spectators from region, decked out in their subtlest, gather to the courtyard of the Dzongkhag Rabdey to see the festival offer prayers and receive blessings