One can visit Khentangbi or Jigme Namgyel Nagtshang, the ancestral home of the Wangchuck dynasty and many pilgrimage spots associated with Guru Rinpoche and Terton Pema Lingpa, including Khenpajong, the hidden palace of the Guru, and Singye Dzong. However, both places are out of bounds for foreigners for the time being. The ancient ruins of the underground palace of the Bangtsho King in Tsenkhar Gewog, traditional pottery at Gangzur done by women without using the wheel, ethnic festivals like ‘Priu’ in Gangzur, ‘Haa’ in Metsho and ‘Lhacham’ in Khoma Gewogs, Tshokar and Tshona lakes above Singye Dzong and a huge new lake in Jarey Gewog are some of the tourist attractions.

Interesting trekking routes such as the Singye Dzong trek, the Aja Nye trek via Phuningla, the Rodongla trek via Khini Lhakhang, day-hike trails, picnic spots, and camping sites are other attractions for tourists. It has varied flora and fauna. Black-necked cranes arrive in Membi Gewog in the first Bhutanese month and can be seen in the paddy fields at Tangmachu. The weavers of Lhuentse are famous especially for kushuthara from Khoma and Kurtoe Gewogs.

Places to visit in Lhuentse

The Bangtsho ruins are used by local pilgrims, and the trek route to Aja Ney via Phuning La needs to be developed, as it is easier than the route from Yadi or Trashi Yangtse. The Rodong La trail already in use by tourists should be improved. As Minjey, along with Tangmachu, forms the rice bowl of Lhuentse, agricultural tourism can be promoted. Lhuentse, the idyllic segregated locality is the ancestral home to the royal family of Bhutan. The place is remarkable for the hand-loomed textiles generally fabricated from delicate silk, identified as Kishuthara, preserving untouched one of the most extraordinary art finds of the country.

Besides the permanent royal tales and the idiosyncratic ethnicity of the district, Lhuentse is fairly endowed with several places of divinity. The quaint Lhuentse Dzong is one of the most picturesque in the country being in such a stand that it dominates the daunting Kuri-chhu beneath the plain. The Jigme Namgyal Ngatshang and Dungkar Naktsang can nevertheless be seen in their narrative forms. The Singye Dzong is a remarkable pilgrimage site for Bhutanese, but it is not clear to tourists.

Besides the many day hike trails, picnic spots, and camping sites, there is a variety of flora and fauna. The Black-Necked Cranes arrive in Membi Geog in the first Bhutanese month and can be seen in the paddy fields of Tangmachu. 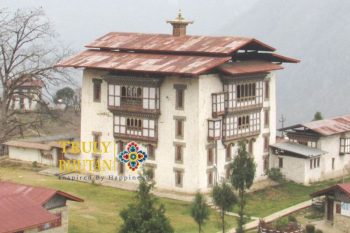 The story acknowledges that the name of the place “Dungkar” was derived from the physical shape of the land. The place has the exact shape 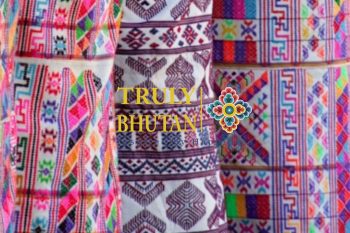 Women in other Gewog like Minjey, Menbi, and Tsenkher are too engaged in weaving Kishuthara. The essential basic material for the fiber 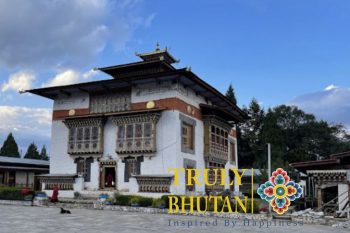 Perched on a hillock in Gangzur geog in Kurtoe, the Jangchubling Lhakhang was built in the 18th century by Pekar Jamtsho 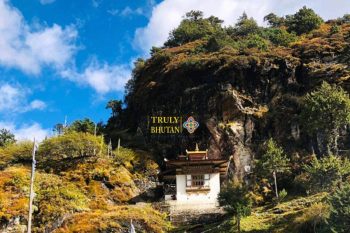 The famed Singye Dzong, one of the most important sites of pilgrimage in Bhutan is a three days uphill walk from Lhuentse Dzong 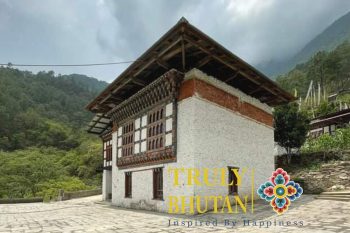 It is believed that the foundation for this temple was laid in 779 AD. Oral accounts say that the temple was built on the spot where a dog 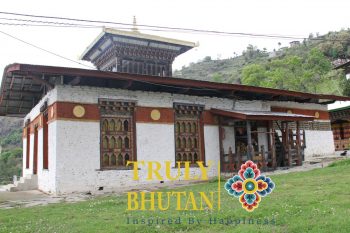 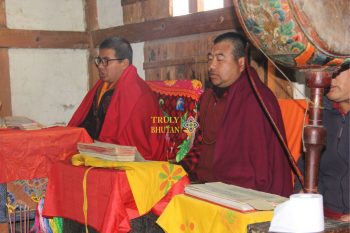 Shazo is one of the 13 traditional crafts (Zorig) of the country. The craft of making wooden bowls like dhapa and dza, called Shazo